Free shipping on all orders over $80 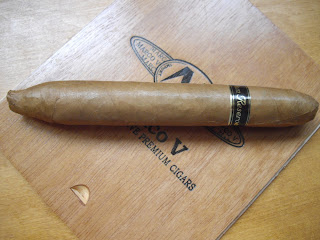 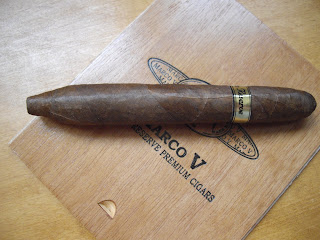 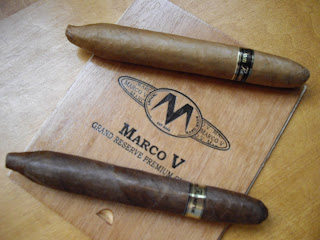 
This is the first look at the newest cigar by Marco V Cigars Co. This is a two blend line under the new brand M. Vito Reserve. The M. Vito brand will house a portfolio of boutique cigar sizes all under 50 ring gauge. Under the Marco V Co. umbrella, M. Vito will house the small gauge cigars and Marco V will house the large gauge cigars. The M. Vito brand was designed for the cigar smoker who likes the blends and the price point of Marco V Cigars but does not love the huge ring gauge. All cigars released by Marco V Cigars Co. will be unique sizes that preserve the boutique nature of the brand.

The first line released under M. Vito is the Fabuloso Reserve. This Fabuloso is 6 inches long, has a chiseled head, and a nipple foot. The gauge unjulates throughout the whole cigar, designed to create complexity as the wrapper/ filler ratio changes throughout the smoking experience. This is an incredibly difficult roll at the factory and has nearly the same amount of tobacco as our V. Gigantes. The Fabuloso Reserve line currently has two blends, medium-full and mild. These blends are the same blends as the Platinum and Dom Grand Reserve in the V. Gigante. However, because of the wrapper/filler ratio is different, it is a completely different smoke and flavor. The new M. Vito cigars are appropriately called the M. Vito Platinum Reserve and the M. Vito Dom Reserve

All cigars released by Marco V Cigars Co. have an MSRP of $6. The M. Vito is no exception.

These cigars are currently under limited release and are selling fast at select stores.

Keep your eye out for these unique, boutique, limited, high quality smokes.